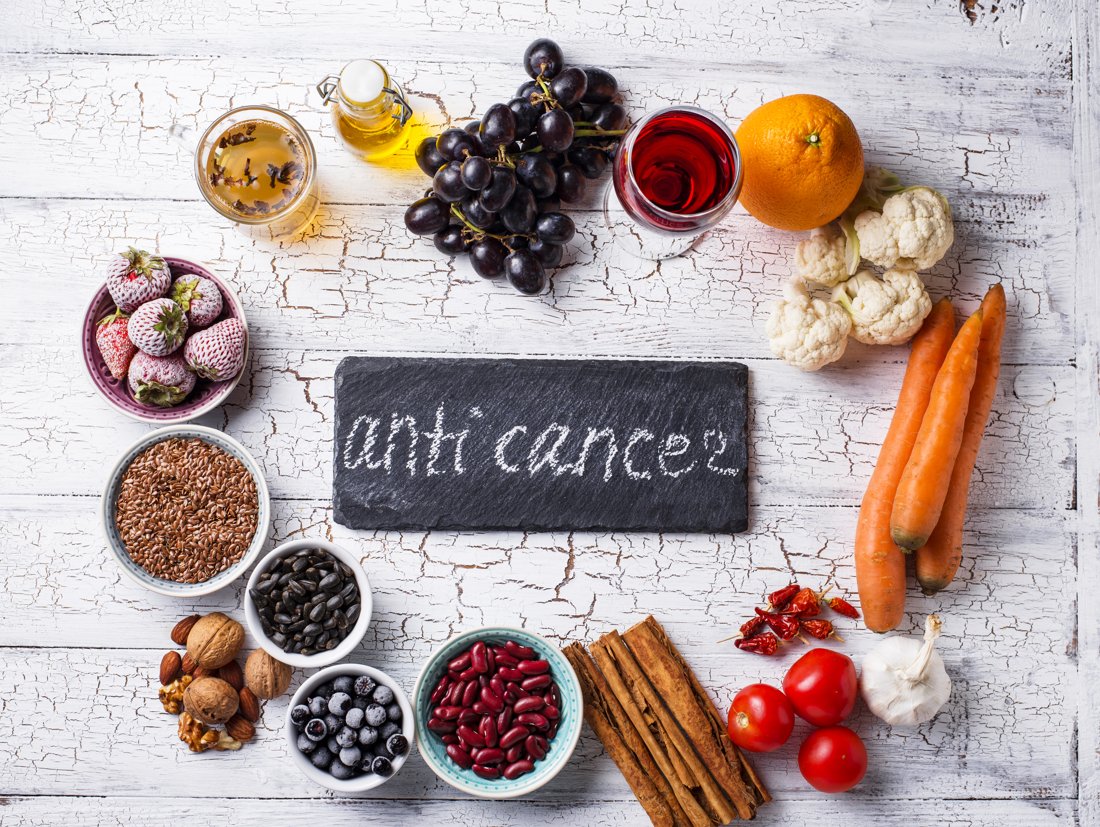 Fasting is known to be one of the oldest therapies in medicine and many renowned physicians throughout history, and many of the oldest healing systems known to men, have recommended fasting as an integral method of healing and prevention. Hippocrates for instance believed that fasting enabled the body to heal itself. But what really is fasting, what is the benefit and how does it help prevent or fight cancer? All of this we’ll cover in this article.

From definition, fasting is the willing abstinence or reduction from some or all food, drink, or both, for a period of time. An absolute fast or dry fasting is normally defined as abstinence from all food and liquid for a defined period. Other fasts may be partially restrictive, limiting only particular foods or substances, or be intermittent.

What is the difference between fasting and calorie restriction?

Before continuing, let’s also define calorie restriction versus fasting and explore the history around these two practices. Calorie restriction (CR) means limiting the consumption of food, without resulting in malnutrition, to less than what an organism would eat if given free access. Fasting on the other hand is voluntarily not eating any food for varying lengths of time. Fasting has been used as a therapy for many different conditions as well as a part of spiritual/religious practices throughout history.

What is the evidence?

There has been over 100 years of research looking at the role of CR in relation to the possibility of prolonging life. While most of this research has been on animals, a modest amount of information on the effects on humans has accumulated that indicate a protective effect against secondary aging. Specifically, risk factors for atherosclerosis and diabetes are markedly reduced in humans following CR, along with inflammatory markers, like C-reactive protein (CRP) and tumor necrosis factor (TNF).

We will be diving into the research specifically on the topics of calorie restriction, fasting and cancer further below. We’ll start by taking a look at the physiological mechanisms being studied and then move on to explore some interesting human studies. 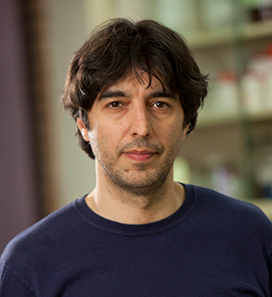 Adaptation to starvation requires an organism to divert energy into multiple protective systems to minimize the damage that would reduce fitness. It is thought that these systems can also prolong life and decrease cancer risk. According to a review by Drs. Longo and Fontana of the University of Southern California, CR without malnutrition is the most potent and reproducible physiological intervention for increasing lifespan and protecting against cancer in mammals. CR reduces the levels of a number of anabolic hormones, growth factors and inflammatory cytokines, reduces oxidative stress and cell proliferation, enhances autophagy (cell destruction) and several DNA repair processes.
An interesting observation that Dr. Longo makes is that CR was only successful at lowering IGF-1 when the protein intake was also restricted.

High protein intake, or a positive nitrogen balance, was associated with increased IGF-1. This is an important point as many cancer patients are told to increase their protein intake during treatment; this recommendation may need to be re-examined.

There are several concerns with CR. One is that it requires weeks, or even months, to be effective at creating the metabolic changes described above. Another concern is that it generally results in chronic weight loss. At least a 15% weight loss is expected with moderate (20%) CR. This could be desirable for people who are overweight, but for those at a healthy weight or those that are already at a marginal weight, this could result in becoming underweight and malnourished.

Another option then for CR could be intermittent CR or intermittent fasting, which may actually be more protective and less concern for weight loss. It may result in greater decreases in fat storage, IGF-1, and cell proliferation, while increasing insulin sensitivity and adiponectin levels. These results come from the earliest studies of spontaneous mammary tumor models on rodents, which compared fasting on alternate days versus fasting for 2-3 day periods each week.

Both approaches reduce tumor incidence by 40-80% compared to ad lib feeding in a number of models, but the effects were most evident using alternate-day intermittent fasting.

There are three metabolic stages during food deprivation or fasting. The first phase can last for 10 or more hours and uses up glycogen stores for energy. Once glycogen stores have been depleted, the body turns to glycerol and free fatty acids released from adipose tissue. These nutrients create ketones, which the body and brain can then use for energy. This phase can last for several weeks, depending on the size and health of the person.

Unlike CR, fasting induces changes associated with cellular protection to actually protect against weight loss initially and increases protection from oxidative stress. Fasting results in a more significant drop in insulin levels, as well as an increase in insulin sensitivity in a shorter amount of time compared to CR.

Given that insulin levels play a role in cancer risk, these differences are potentially clinically important.

Furthermore, it is theorized that cancer cells do not respond to the protective signals generated by fasting, thus leaving them vulnerable to both the immune system and cancer treatment. This process is known as differential stress resistance (DSR). Short-term starvation (STS), fasting for 48 hours, causes a rapid switch of cells to a protected mode, which is capable of protecting mammalian cells and mice from various toxins, including chemotherapy.

The first scientific paper reporting that CR inhibited the growth of tumors transplanted into mice was published by Carlo Moreschi in 1909. Since then, a large body of work has established that CR reduces the progression of tumors in various animal models. Additional research in both rodents and monkeys have shown that when CR was started by 12 months of age, lifespan was increased and incidence of spontaneous cancers was reduced by 50%. Although most cancer cells do seem to be sensitive to CR, there are some cells that carry mutations that make them resistant to CR. This suggests that the efficacy of CR may be limited to certain cancers. Human studies have to date been limited; however, there are some interesting outcomes related to cancer risk reduction and reducing treatment-related side effects. 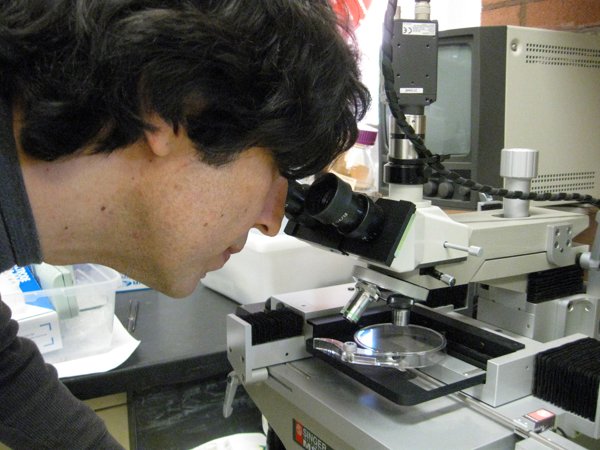 In 2014, Longo and his colleagues demonstrated that fasting caused “old” immune cells to die in mice, which were replaced by stem cells as soon as the subjects recommenced eating. They concluded that a 3-day fast could help regenerate a strong immune system. They also demonstrated that a 48-hour fast in mice slowed the growth and spread of five out of the eight cancers studied. They showed that the combination of fasting cycles with chemotherapy was more effective than chemotherapy alone in all cancers studied. As these were all animal studies, and it is unknown if humans would have the same benefit; however, several active clinical trials are studying the effect of calorie restriction or fasting on cancer.

A 2007 study showed that alternate-day fasting, in which one day calories stayed at 400 for women and 600 for men, and the other day was unregulated, reduced blood levels of glucose, insulin and IGF-1 with a long-term risk reduction of chronic diseases including cancer, diabetes, and cardiovascular disease.

A recent study analyzed data from the Women’s Healthy Eating and Living study and found that breast cancer survivors who didn’t eat for at least 13 hours overnight had a 36% reduction in the risk of recurrence and were 21% less likely to experience breast cancer related mortality. The proposed mechanism for this finding is thought to be related to better glycemic control resulting in protection against carcinogenesis. Each 2-hour increase in nightly fasting was linked to progressively lower hemoglobin A1C levels. This research is particularly interesting because it is a dietary strategy that most people could implement.

Fasting may also protect patients against the harmful side effects of chemotherapy or radiation therapy. Fasting for up to five days, followed by a normal diet prior to treatment may reduce side effects from treatment, without causing chronic weight loss or interfering with the therapeutic effect of treatment. Older cancer patients, who voluntarily underwent short-term fasting before and/or after chemotherapy reported fewer side effects. A small study reported a reduction in fatigue, weakness, and gastrointestinal side effects, compared to receiving chemotherapy without fasting.

In a large cohort study of 2000 participants, fasting (350 kcal/day) was shown to be safe and actually beneficial to their chronic disease (rheumatic diseases, chronic pain syndrome, hypertension, metabolic syndrome). The biggest concern with calorie restriction and fasting as it relates to cancer is weight loss. As discussed above, weight loss is actually less of a concern with short-term fasting than it is with long-term calorie restriction. For people who are overweight, this can be a positive side effect; however, for cancer patients who are already underweight or struggling to maintain their weight, additional weight loss may be detrimental and be a contraindication to fasting or CR. It is also worth mentioning that side effects, such as headache, light-headedness, nausea, or weakness, can occur when fasting longer than several days. Side effects, such as anemia or amenorrhea, can occur with fasting lasting several weeks. The longer the fast, the more important it is to take care in re-feeding. This phase needs to be gradual and incremental in order to prevent severe problems–or even death–coming off of a prolonged fast.

What is Our Recommendation?

Comparing the research between CR and fasting, fasting seems to provide more dramatic results and protection of healthy cells, without the risk of weight loss or immune suppression. Both CR and fasting are the subject of ongoing research, and definitive conclusions await the results of those studies. As mentioned above, it may not be appropriate for everyone, particularly those who are underweight or very ill, and should never be attempted without the supervision of qualified practitioners.
For general cancer prevention, it may be beneficial to add intermittent or short-term fasts in combination with a plant-based cancer prevention diet.

Here are some take-home tips from our literature review:

1. In general, follow an anti-inflammatory diet with lots of colorful fruits, vegetables, beans, lentils, herbs and spices.
2. Low to moderate carbohydrate intake with low glycemic starches
3. Healthy fats at every meal, including good sources of Omega-3’s
4. Moderate protein intake of 3-4 ounces per meal from a combination of animal and plant proteins
5. Lengthen the time between dinner and breakfast to allow for a longer overnight fast, with the goal of 13 or more hours, for example dinner by 6:00 pm and breakfast after 7:00 am.
6. Short-term water fasts of 1-3 days to possibly help re-generate the immune system and increase cellular protection against oxidative stress. Working with a healthcare provider, you can determine how often it may be appropriate for you to engage in a fast.
7. If you are a cancer patient, water fasting 2-3 days prior to treatment and up to one day following treatment to optimize the efficacy of treatment and reduce treatment-related side effects may be considered, but only under the supervision of a qualified practitioner.